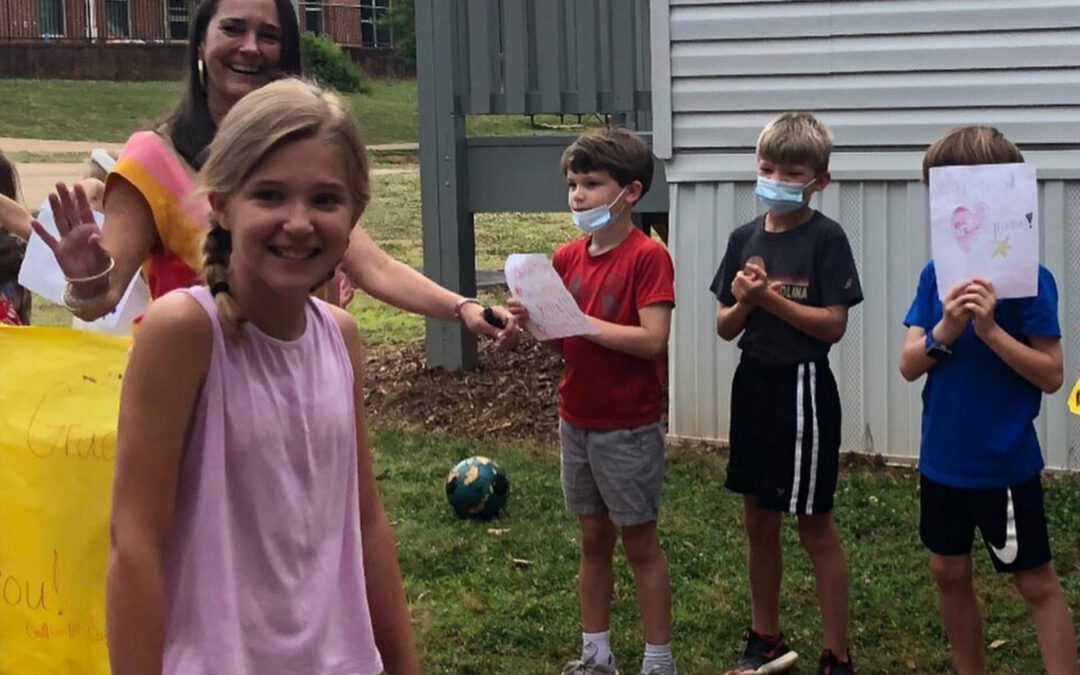 Sadie’s journey began on June 2nd, 2009 when Bill and I went, to what we believed would be, a normal 30-week check-up. Due to health complications in my first pregnancy, I was seen regularly by the Maternal Fetal Medicine group to watch for any reoccurring issues. We walked in that afternoon completely care-free, almost annoyed that here we were again, for another doctor’s appointment, that would require another wait. We were “busy” and had stuff to do.  Life was moving, and in the right direction. Our 20 week anatomy scan had been perfect, it looked as if I wouldn’t develop the issues I had in my previous pregnancy, and at our last appointment, about a month prior, we had decided in a split second to not wait until delivery and find out the gender of this baby. I was over the moon that my 13-month-old daughter, McCrae, would have a sister. Life was just really good. Really easy.

They eventually called us back, and as I watched the nurse begin the ultrasound, I knew immediately something was wrong. I could tell on her face, and in her voice, as I tried to engage in small talk. She eventually stepped out of the room. I told Bill something wasn’t right, and like every husband, he assured me that everything was fine. A few minutes later, that nurse returned with a room full of doctors and genetic counselors. I can still close my eyes and hear my scream and see the look on Bill’s face. The conversation is still much of a blur, but I remember them telling me that my baby’s brain wasn’t developing properly and that she had something called hydrocephalus. This would require brain surgery right after birth, and even with surgery, that she would most likely never live a “normal” life. We had so many questions, and unfortunately, and to no fault of their own, they didn’t have any of the answers. As I walked out, I stopped in the hallway and turned around and looked at the room full of people that had followed me out and through tears said, “What do I do now?” and one of them grabbed me by the arm and quietly said, “Surround yourself with family and friends.”

And that is what we did. The next five weeks we leaned on every family member, friend, doctor, nurse, minister, therapist, random lady in the grocery store, that we could find. Then on the morning of July 10, 2009, our second baby girl, Sadie, entered this world. I would like to say it was one of the happiest mornings of my life, but that would be a lie. It was honestly one of the scariest and most horrific mornings. Sadie was delivered via C-section and was taken immediately to the NICU. The next days and weeks brought more information, most of which was terrifying. Now that she had been delivered, we were able to fully evaluate the level of hydrocephalus, which was severe, and there were additional development issues with the brain. Sadie also needed help breathing, which therefore postponed the much-anticipated surgery in which we would place a shunt into her brain to hopefully alleviate the pressure caused by her enlarged ventricles. Then about three weeks after she was born, we got the news that Sadie has failed her newborn hearing test. Four times. Sadie was also profoundly deaf.

As any mother would do, I found the things I could control in this helpless situation and focused on those. I researched day and night as to what may have caused this, how all these separate diagnoses could be related, and what therapies and medical advancements would give Sadie the best chance to overcome some of the physical obstacles before her. I studied reports from doctors and clinics all over the country and ultimately found Chudley-Mccullough Syndrome. From everything I read, I knew this is what Sadie had, but my geneticist admitted he had never heard of it. However, he did know Dr. Chudley, who first identified the syndrome and lived in Canada. He offered to contact him and after months of tests and correspondence with Dr. Chudley and his medical team, Sadie was officially named the first known case in the United States, and only one of eight people in the world. While this diagnosis didn’t change who Sadie was or the challenges we faced, we would later learn that it would greatly affect genetic counseling and possibly prevent just a piece of the heartache we had to experience.

We immersed ourselves in finding Sadie the best care we could, whether that was her pediatric neurosurgeon, Chris Troup, who we believe is truly an angel walking among us, her pediatric therapists at Word Play who gave everything they could to our Sadie girl through physical, occupational and speech therapies for over 6 years, or the all-star cochlear implant team at UNC-Chapel Hill who assured us that with hard work, and modern medical miracles, that she would eventually learn to hear and speak. By the time she was 15 months old she had undergone three brain surgeries, two cochlear implant surgeries, and was in pediatric therapies 4 days a week.

And through all of this we had a community that supported her, loved her, accepted her, and celebrated her, for her differences. Yes, there were inappropriate questions or comments at times, adults and children alike, but the overwhelming majority were kind and inclusive. Not every child or family has this community, but hopefully with KIND, they soon will.