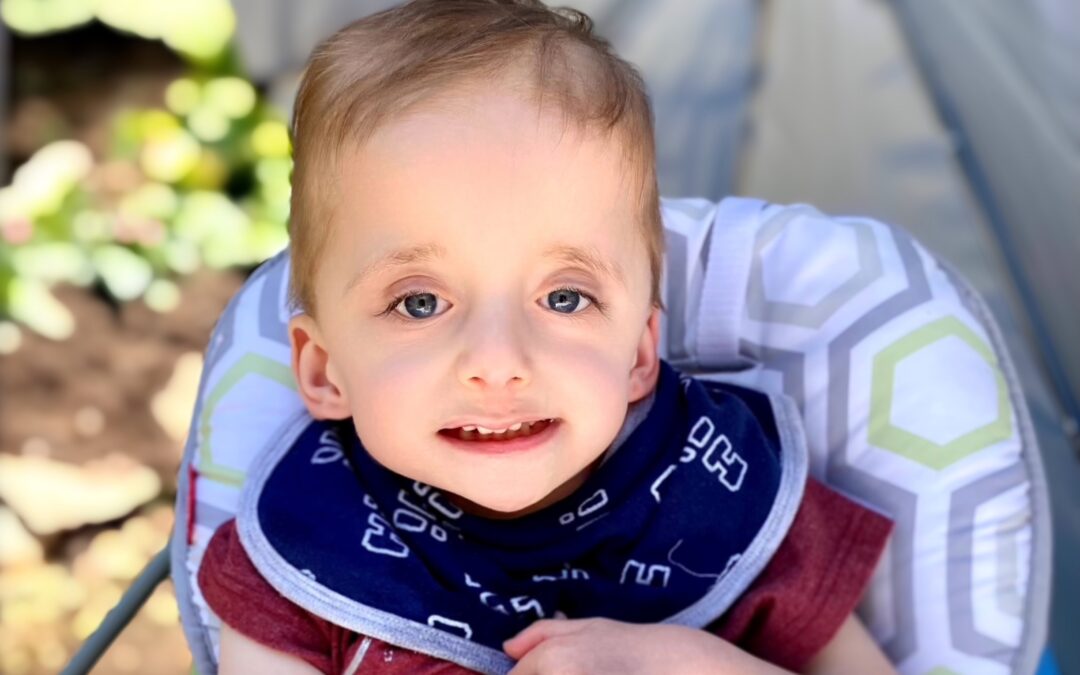 When Quinn was born, we nicknamed him “Mighty Quinn” because he fought for his life every day in the NICU. After we were able to take him home and get to know him better; however, we started calling him our “Sweet Quinn” because he is genuinely the most gentle and loving little soul I have ever met.

Quinn is still writing his story, but I think the central theme we can see so far is the lesson that every human being is unique and capable of extraordinary resilience. Medical professionals have told me more than once that Quinn is a lot scarier on paper than in person. Born missing 263 genes, doctors initially had little optimism for his survival.

Even before Quinn was born, doctors had no hope for him. Many, many times, we were encouraged to consider ending his life while he was still in utero. Then, when he was born, doctors thought he would not be able to breathe, urinate, swallow, or stool on his own. However, he showed everyone very quickly that he could do all of these things, starting with when he tried ripping his breathing tube out and then successfully ripped out his catheter within days of his birth. After being sent home on Hospice from the NICU, we were able to take him to Boston Children’s Hospital, where he successfully passed a swallow study and was approved for oral eating.

Quinn recently turned 3-years-old, and he continues to amaze his family and his doctors regularly. We know, however, that he has only been able to do so with the immense support of his therapists, doctors, family, and friends who have assisted him and prayed for him over the last three years.

Quinn’s life has been abundant with seemingly impossible and miraculous answers to prayer. He has undoubtedly had challenging times in his young life, including hospital stays and surgeries, but Quinn has continued to persevere with God’s grace.

We are so thankful for our sweet Quinn– for his smiles, laughter, hugs, and love. We love him as he is because any other version of him would not be our Quinn.

We are thankful for organizations like KIND of the Upstate that advocate for kindness and inclusion– helping to foster a caring community that recognizes Quinn’s value.