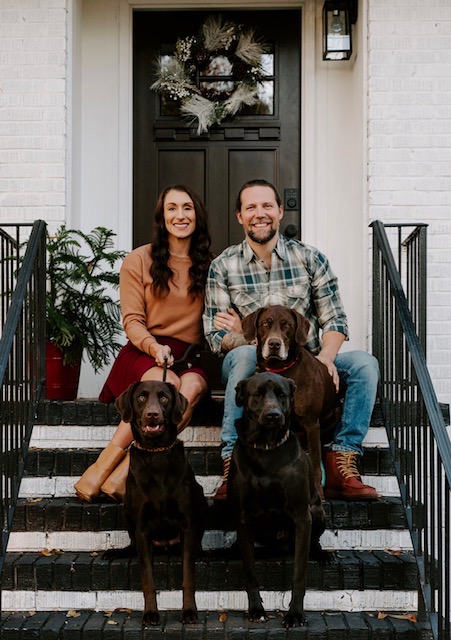 Erica James is a 29 year old business owner, realtor, investor,  athlete, and fierce disability advocate from Greenville, SC! When Erica was 6 months old she was diagnosed with a rare cancer in her eyes called retinoblastoma. After undergoing numerous surgeries to remove the 14 tumors in her eyes along with radiation treatments, Erica became cancer free and has been cancer free for almost 25 years now. Unfortunately, the radiation treatment Erica went through caused long term damage to her remaining vision. Since childhood Erica has had progressive vision loss due to the effects of her cancer treatments.

Erica is now totally blind in her left eye, and sees about 20/200 in her right eye with blind spots and significant peripheral loss. Although her vision loss has been something she’s dealt with her entire life, she has never let it hold her back from reaching the goals she has set for herself.

Erica graduated from Clemson University in 2015 where she was the first blind division 1 athlete for all four years as a Clemson Cheerleader! After graduating Erica become interested in running and fitness. Her competitive running led her to compete in the 2020 US Paralympic Trials. And most recently, Erica won the 2022 CrossFit Games, giving her the title of Fittest on Earth!

On top of her athletic pursuits, Erica also is the cofounder and owner of a popular fitness studio on Main St. downtown Greenville called The Booty Shop! She is a national keynote speaker, local realtor, and real estate investor with her husband Jake!

Erica uses her life story and disability journey to empower kids and other adults with disabilities to take pride in their disability and to break down the negative stereotypes that sometimes surround disability!