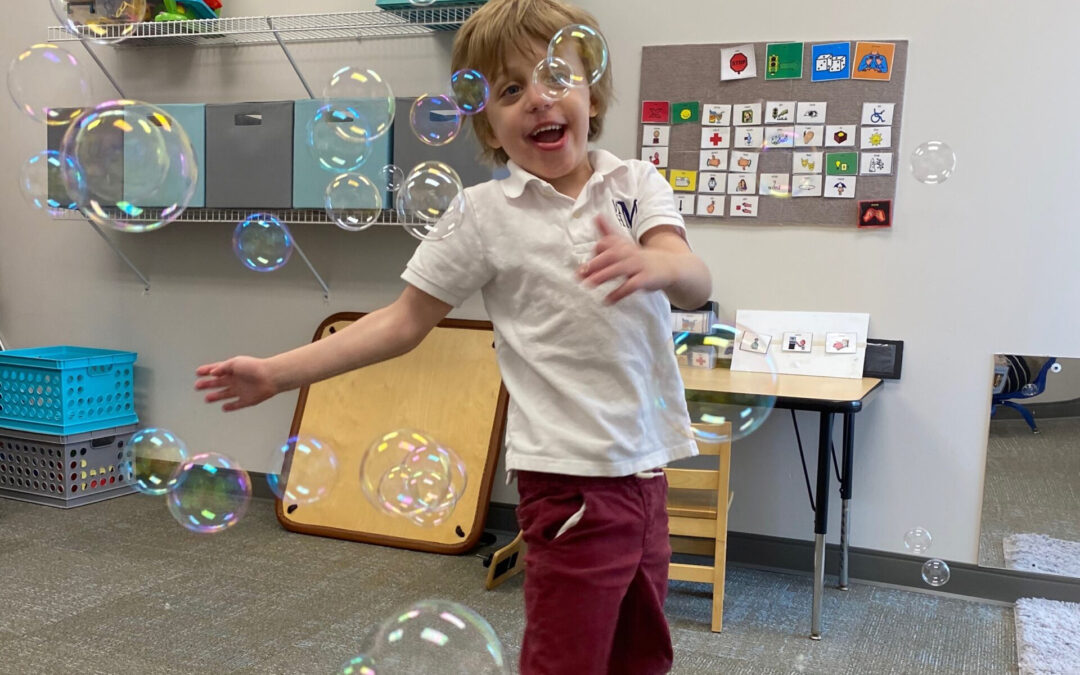 Hart just turned five this summer, and we celebrated by having his first “big boy” birthday party.  We are thrilled to hear him talking more each day and trying new things like joining a t-ball team at the YMCA.  He has a great sense of humor and an infectious laugh.  Hart loves to “play” golf with his Dad, visit the zoo and play outside.  He is excited every day about going to his school, The Meyer Center, and last year he really got into music and dancing to little songs he learned in the classroom.

He also works harder than anyone I’ve ever known and has accomplished so much in his short life.  Hart has an extremely rare genetic syndrome that has impacted his development since birth.  But as you just read, this is not even close to what defines him or what makes him “Hart.”  He brings so much joy to our lives and we simply cannot imagine our family without him – exactly the way that he is.

We welcomed Hart happily in May of 2016.  Despite being born a month early, we had no real indication to be concerned about his health at that point.  However, at four days old Hart was re-hospitalized for the first time.  The memory of this day will never leave me, because it is the day we almost lost him.  By the time we got to the ER with him he was hypothermic, lethargic and his oxygen level was dropping rapidly.  This emergency escalated very quickly into being one thing after another, and it remains the darkest and scariest moment of my life.

Thankfully this emergent situation stabilized, and we were then re-admitted to the hospital for the first time.  It is in those early days with newborn Hart in the hospital that our story really begins.  For the first two years of his life we bounced from appointment to appointment and specialist to specialist searching for answers.   We were trying to put the puzzle pieces together one by one to understand what our baby was dealing with, and how we could help him get what he needed to thrive.

Eventually we received a diagnosis for Hart of a genetic microdeletion syndrome – which in our case means Hart is missing a large chunk of genes on his second chromosome.  This deletion syndrome is so rare that when he was diagnosed, we were told there were only a handful of other children with this syndrome.  Receiving this news was a hard day.  While it gave us an answer of sorts, by this time we had recently celebrated Hart’s first birthday and it simply confirmed what we already knew – this syndrome would impact his growth and development in many ways.  A diagnosis for your child is never easy to process, but I was reminded by a dear friend that Hart was the same child walking out of that appointment that he was walking into it.  And she was right; it’s important to remember that Hart’s genes are only a part of his story.  Now, I like to think of his diagnosis as another way of saying something else we already knew – that God made each and every one of us different.  From that point on, our only goal was to ensure Hart’s diagnosis never limited him in any way.

Our story especially in those early days is a tough one.  Hart didn’t take his first steps or swallow without aspirating until he was over two years old, and we still thicken his liquids today. For over two years, we took him three times a week to a specialized feeding and swallowing therapy.  In addition to the other therapy and specialist appointments, he would have a minimum of six appointments a week.  He was frequently sick and had countless tests, doctor’s visits, procedures, and hospital stays… his “problem list” as it is sometimes referred to in medical records is an entire page long.

While this was a hard chapter for us, I cannot tell Hart’s story without acknowledging our faith in God and how even in the darkest of times the many ways in which our prayers were answered.  Through people in the right place at the right time, through doctors, nurses, therapists, teachers, and special friends who consistently went above and beyond to support us – their kindness and encouragement changed the trajectory of our story.

I’m so thankful to live in a community that has embraced Hart.  One of the most important pieces of the puzzle we were searching for since those early days has turned out to be The Meyer Center, where we are thrilled Hart will be starting his third school year soon.   A place like The Meyer Center simply does not exist in most communities, and it gives me such hope to be a part of one that values educating and helping children of all abilities reach their fullest potential.

Every child deserves the gift of knowing people who are delighted to meet them exactly as they are.  The concept of creating a space and a school where children with special needs are welcomed and never limited is a mission now near and dear to our family, thanks to our precious son Hart.  When Caroline and Francie introduced their concept and mission for KIND of the Upstate, I knew this was something I wanted to be a part of.  Teaching our children from a young age to recognize the value of differences is critically important to building the better, kinder world we all want to be a part of.  KIND is the perfect name for this effort because being kind is so much more than simply being nice – to be kind implies action – it’s contagious, and it’s a choice.  We hope you will join with us to empower families and classrooms with young children to nurture and value diversity, to respect our unique differences and to make the choice to be kind.