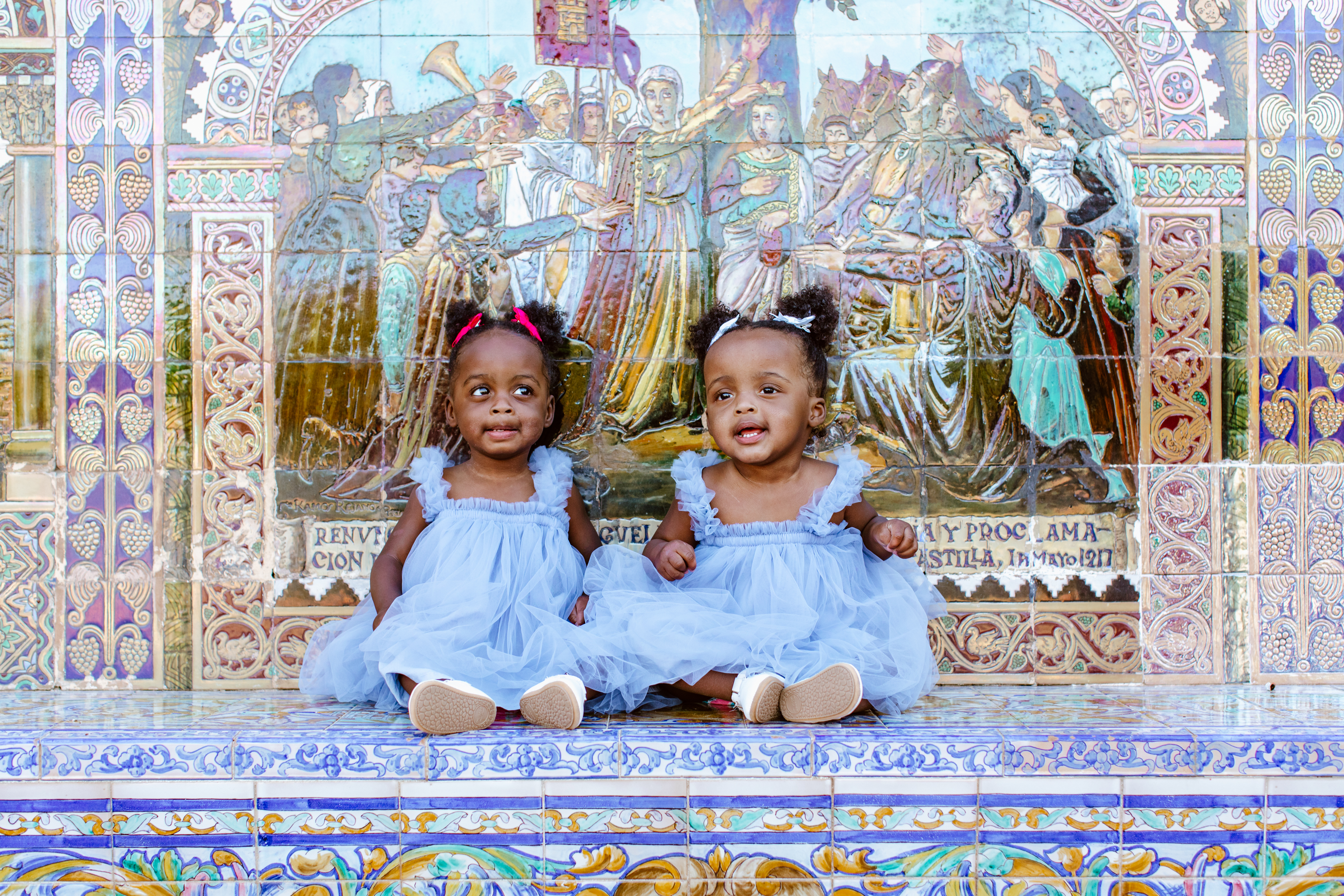 Hello! We’re the Phillips Family! I’m Erin, wife to my husband Ryan, and mom to our three daughters, Sullivan “Sully”, Finley, and Francis, plus our two golden retriever mixes.

Our story began in 2009 when Ryan and I met at the Carolina Cup in college. Just nine months later we were engaged and then married in 2011. We first called Greenville home before moving to Richmond, VA in 2013, Washington DC in 2015, Charleston, SC in 2016, London, England in 2018, back to Charleston in 2019, and then finally setting here in Greenville in 2021. Phew!

In 2015, we had our daughter Sully in Richmond. We thought it would take some time to get pregnant since both sides of our family had had fertility issues. In a blink though, I was pregnant, I didn’t even realize until nine weeks.

Many moves and job changes later and we were in London starting to question why our family wasn’t growing as quickly as it did when we had Sully. After hearing from many doctors that nothing was wrong, we were too young for something to be wrong, we saw a specialist.

That’s when we discovered I had secondary infertility. The specialist found my abdomen riddled with stage four endometriosis and on top of that an incredibly low follicle count that should not be seen in a 30-year-old. My chances of getting pregnant naturally were pretty much zero, no drugs or IUI would work either. We could try IVF.

As the doctor explained our options, my husband and I immediately turned to each other and said, “I think we’ll adopt”. Yes, we had talked about adoption before in marriage, but this news was unexpected and right there on the spot we were on the same page and our hearts were telling us to adopt. It’s what we refer to as a “God wink”.

Fast forward two years, we were back in the States and we had been through a horrible failed adoption with no good outlook of growing our family soon.

In August 2020 we got a call from our adoption agency asking if we would be open to twins. They had just been born early at 32 weeks and their first mommy decided to go the route of adoption. They were completely healthy, despite how little they were and early they were born.

After much discussion, we decided it didn’t hurt to be included in the stack of books the birth mother would look at to decide on the adoptive parents. We were the third book in the stack and after the birth mother saw our book she handed all the others back to her lawyer and said she didn’t need to see anymore, we were her family.

We drove to meet her and it was beautiful and hard all at the same time. I loved her immediately. She’s still in our lives today.

Then we didn’t hear anything for weeks. We thought we had another failed adoption on our hands.

While on a date night, we got the call. On September 12, 2020, we brought home our two six-week-old baby girls. Finley McCarthy Phillips and Francis “Frannie” Joy Phillips. Our prayers had been answered, times two!

In January 2021 we moved to Greenville to be closer to family. As time moved on, our girls were not growing or developmentally progressing as they should be, even on a premature scale. That’s when we started PT, OT, Speech, Early Intervention, and seeing specialists.

In November of 2021, Frannie was officially diagnosed with Cerebral Palsy. Finley was identified as having severe growth and developmental delays, seeing as she still to this day only weighs 17 pounds at 22 months.

While we had a hunch Frannie could receive the diagnosis of Cerebral Palsy, what we felt when it happened wasn’t the feeling of “oh we saw that coming”. We felt grief. So many questions swirled through our head, the life we imagined for our daughter would be much different.

Cerebral Palsy is a motor disorder, meaning, in my very rough and layman’s definition, that her brain does not have the connections and makeup to tell her body how to move. That’s everything from moving her arms to moving her throat muscles in order to swallow.

We will never know what caused her to have CP and we have no idea what her future will look like mobility-wise. What has been made clear is that she wouldn’t be our Frannie girl without her mannerisms and easy smile, and belly laughs. She is perfect just the way she is.

Now seven months later, we have passed the grief phase. We have found community and realized what an amazing blessing it is that we’re in Greenville where everyone is so eager to connect and help. Our therapists, KIND, the Meyer’s Center (where Frannie will attend in August), the Ferlauto Center, and so many other resources are here to give her and Finley the very best care possible.

Liezl Els, wife to the famous golfer Ernie Els, and mother to a son with Autism said, “Your cause finds you.” If you would have asked me years ago, I may have nodded my head and said, “oh yes… secondary infertility, endometriosis, adoption, etc.” But I was wrong.

My cause is my girls. My cause is children with disabilities. My cause is sharing the beautiful and the hard and the joy and the pain of this world where your children struggle, but you also recognize your immense blessings. I’m so grateful for all three of my girls and how they show me in the little ways how wonderful life is and how blessed I am to be their mom.