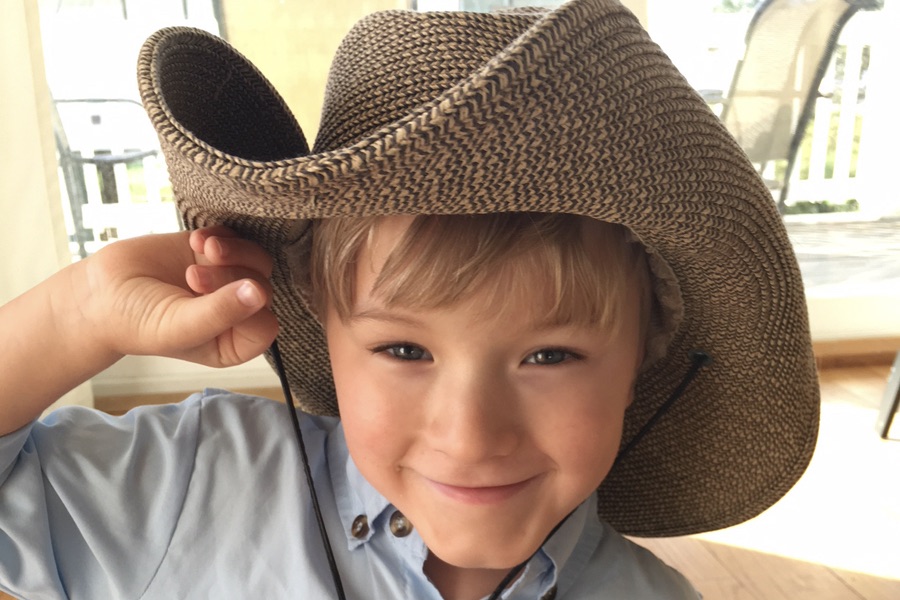 Ryan’s life has been remarkable for several reasons and it started with his very first ultrasound that indicated that I was pregnant with THREE babies. Ryan is a triplet and for that reason, my pregnancy was monitored very closely by Maternal Fetal Medicine as a high-risk pregnancy. All was well until I started contracting at 22 weeks and was immediately placed on hospital bed rest for the remainder of the pregnancy. I remember my nurses telling me that each day I could keep them in would be essential to their survival. My water broke and I was rushed to the OR for a C-section when Ryan and his two brothers were just 27 weeks gestation. Ryan weighed only 2 lbs, 5 oz. at birth and was not breathing. I barely got a glance of them as they were whisked away to the NICU. Despite being so premature, all three of them did remarkably well in the NICU. There were some scary moments and it was touch and go, especially right after their birth, but they were otherwise healthy and just had to grow and learn how to breathe on their own and drink from a bottle. They passed all of the standard testing in the NICU but one thing that gave us pause was a cranial ultrasound that indicated that Ryan had bleeding in his brain (not super uncommon in preemies, but is a cause for concern). The medical team did MRIs of each of their brains to get a comparison and told us that Ryan’s brain looked “abnormal” but conceded that there wasn’t much research on 27 week triplet babies with abnormal brain MRIs available! Apart from that news, Ryan was thriving and he and his brothers were discharged at 68 (Ryan), 70 (Stokes) and 74 (William) days. Thankfully we had staggered discharge days to adjust to adding each baby to our household! Ryan and his brothers participated in Early Intervention through Baby Net and it became clear that Ryan was missing milestones that his brothers were hitting. It didn’t take long to get Ryan into speech, occupational and physical therapy to try to assist his development. Despite all of our efforts, he continued to fall behind and was not developing typically.
He ended up getting diagnosed with a form of epilepsy called Infantile Spasms around 8 months old and underwent frequent EEGs at his neurologist’s office. The following year he got a diagnosis of Pachygyria, which literally means smooth brain. Ryan’s brain did not form correctly in utero and will drastically alter his development and create ongoing seizure activity. He is physically healthy but his brain does not process the information to allow him to have balance while standing, for example, and do things like bring a spoon to his mouth unassisted. He got some incredible genetics work done at Greenwood Genetics and it was determined that he has a mutation of the MAC F1 gene. I won’t go into all the nerdy specifics of this, but it was a very cool discovery; he was a missing puzzle piece of this extremely rare, and very recently discovered genetic research. I am still in awe that he overcame such bleak odds being born at 27 weeks to grow into a healthy kid, and that his disability was caused by a completely different
reason than prematurity. We’ve had our ups and downs with seizure control and his level of awareness/engagement with his surroundings, but overall this boy is HAPPY. Right now he is in such a great place – he smiles and laughs, picks up toys, relishes in receiving hugs and kisses; he is pure JOY.
Ryan will need lifelong intensive care – feeding, bathing, toileting, etc. – and will continue with his long list of daily meds, but he is the heartbeat of this family. His smile lights up a room. His brothers absolutely adore him. His therapists comment that he always works so hard and has the best attitude. He is absolutely the typical middle child, very laid-back and easy going. It takes a lot to get Ryan upset. He’s basically the sweetest dessert; I could literally eat him up. We still have lots of ongoing doctors and specialist appointments as well as therapies but Ryan is such a huge blessing to our family. Daily he teaches us about patience, gratitude and LOVE in its absolute purest form.