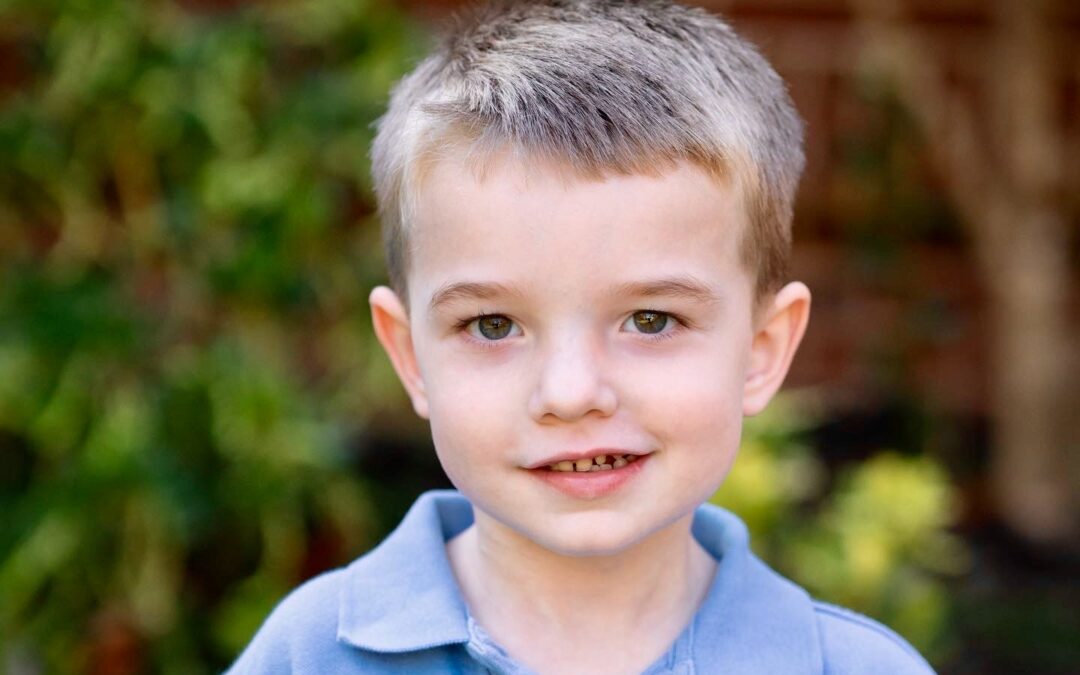 Saturday April 13th, 2018 was a normal day.  Levi was 18 months old at the time.  We played outside as a family and I remember it was the first time Levi tried to play hopscotch on our driveway.  That morning my husband, Pride, and I thought he looked a little bit yellow in color but he was acting completely fine so we went about our day and just thought we would keep an eye on him and take him to the doctor on Monday if needed.  The next morning, we got up for church.  Levi was extremely lethargic.  After he got sick a few times we called our friend, who is his pediatrician and she advised us to take him straight to the ER to be sure everything was ok.

Once we arrived at the ER, they immediately took us back to a room.  They tried multiple times to stick him for a blood sample and his veins just kept blowing.  He was miserable.  So tired and grey in color at this point.  Finally, the nurses were able to get a blood sample.  That told us Levi had Hemolytic Autoimmune Anemia, which was causing his body to fight his own Red Blood Cells.  After a few days in the PICU and a few blood transfusions we should be on our way back home.  So that night I stayed with Levi while Pride took our oldest son, Landen, home.  Poor Levi was given transfusions through the night, which meant they had to keep pricking his finger before and after the transfusions.  After a night of lots of crying and screaming the nurse came, checked his blood, and said go give him a break, he deserves it.  So, I took him out of PICU and walked to Starbucks while I carried my very happy little baby boy with me.  I remember sending my husband a good morning picture that morning with us both smiling with excitement at being out of that room.  Later that day, my husband and I switched places so I could get some rest.  When I returned, he said he just thought something about Levi wasn’t right.  We both had mentioned it several times and were told it was probably the medicine he was on and that they were moving him out of the PICU to the HemOnc floor.  That night my husband stayed with him and he knew something wasn’t right and asked for a physician to come look at him.  When the PICU resident came back, she immediately said he needed to go back to the PICU but didn’t give Pride any answer why.  He packed up the room as fast as he could and rushed back with Levi.  After a series of tests and image studies the next day, we found out Levi had been clotting everywhere.  He had multiple Pulmonary Embolisms and had a massive Left MCA stroke.  We were completely crushed and terrified.  They immediately put Levi in a medically induced coma to let his body heal.  About 10-12 physicians met with us in Levi’s room, they told us Levi would never walk, never talk, never use his right hand or arm, and may not even be able to understand us talking to him.  The goal at this point was to get through the next hour, then the next hour of every day for the next week.  Then we could go day by day, then week by week.  Levi underwent many daily CT scans to make sure the swelling in his brain didn’t go over a certain amount.  He also was continuing to clot everywhere, and his body was still fighting his Red Blood cells.  At one point we were called in the middle of the night to a meeting.  To decide on if we would allow them to do a hemispherectomy to relieve the pressure from swelling on his brain.  They needed to start him on Heparin because of his clotting but this could also lead him to bleed out more in his brain.  This surgery would more than likely leave him with very little quality of life.  We felt like we were asked to either allow them to save his life, which would lead to him never being independent, or to let him go. Thankfully, with lots of prayer, he never needed that surgery and he continued to improve.  He was weaned off his sedation medications and ventilator and was eventually moved back to the HemOnc floor.   Once he was strong enough, he was sent to an inpatient rehab facility for 21 days.  He left that facility able to stand with help, to take food by mouth without his NG tube, and he could fully understand what we were saying.  We knew lots of therapy was in his future.

After almost 4 years, and lots of prayer and therapies, Levi continues to defy all the odds against him.  He has an amazing team of physicians and therapists continuing to push him daily to regain what he has lost.  He can walk, run, and jump.  He is a chatter box most of the time and he can use his arm and hand to help him with daily tasks.  He is still regaining strength in his Right hand and arm, but with continued weekly therapies and intense therapy camps we feel sure he will be fully independent one day.