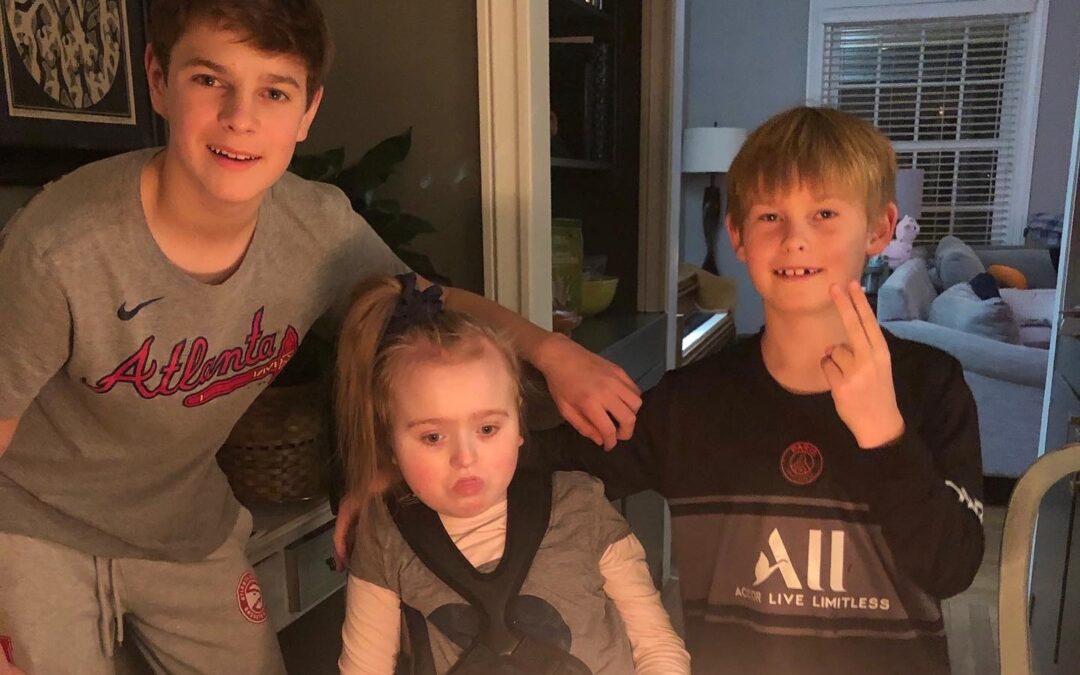 Our daughter, Halle, was born in February 2010. She surprised us by coming five weeks early. She was small and had to stay in the hospital for extra time due to her low weight and low temperatures, but we took her home eight days later and launched into the perfect bliss of two little ones, just 18 months apart (Anders had been born in fall 2008). At Halle’s two month well child check up, the doctor realized she wasn’t holding her head up very well and not making eye contact. This led to a multitude of tests including an EEG (to check for seizures). That EEG showed that Halle was having regular seizure activity and those brain disruptions were not allowing her to develop. It took many months and years to actually figure out what Halle’s diagnosis was. But, during those eight years of looking for the genetic change, we had many smaller diagnoses: epilepsy, cortical visual impairment, pulmonary weakness, low muscle tone, scoliosis, poor development, etc. etc. We knew that she was not really developing much at all and by the time we learned that she has a genetic change on the CACNA1C gene that is so rare it doesn’t have a name and only 20-30 cases are known in the world, we were almost past the point of needing to know! And, miraculously, that genetic information did lead to us to a heart condition diagnosis too. However, and most importantly, beyond all of the medical recitation and information, the true story of Halle’s life is one of pure sweetness. She is one of the bravest individuals any of us in our extended family, friends, and village have ever met. She’s faced hospitalizations, medical testing, countless EMS calls, and trials that many would quake in front of, and she bravely fights to be here and part of life. She loves to snuggle, be held, and be part of the family. Her vocation is that of a teacher – no one has taught us or our community more about love, kindness, fortitude, or community. She is a “bringer together of people.” We love her so much that our love overrides everything else, though in all honesty there is sadness at the thought of ever losing this angel on earth. Halle-lujah for Halle.