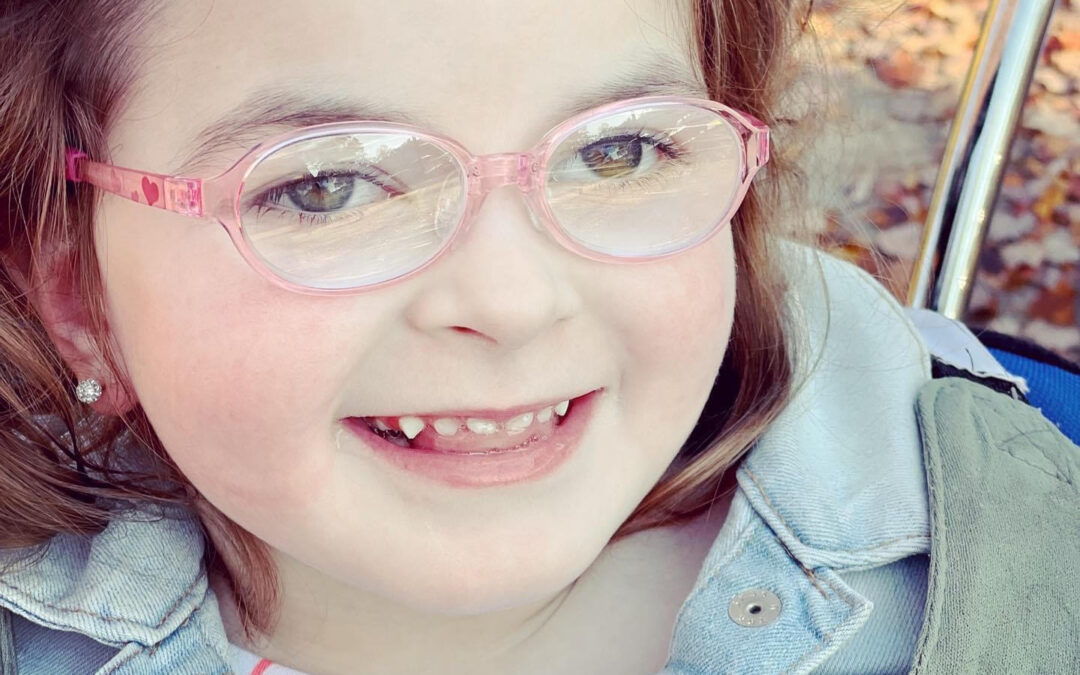 Brynley Farren Suzanne Woods aka “Queen B”, was born December 22 2016, a little over two months after her aunt/angel passed away. I had a normal pregnancy with no complications, but because of my age I was considered high risk. Her anatomy scan was fine, the genetic testing we had done all came back negative and all my prenatal visits were good. I was induced one day after she was due, and after 36 hours of labor and 3 hours of pushing she made her appearance at 7:47am. Her dad and I were immediately in love with her. She was perfect.

A few hours after she was born we found out her right clavicle (collarbone) was broken. We were discharged on Christmas Eve and had our first well check visit a few days later. That visit went good except he was unsure with how the chest x ray report read from the hospital. He had us go for another chest x ray to be safe. Shortly after we had it done, he called and told us both of her collarbones were broken. He told us there wasn’t much they could do for that. Just be careful when dressing her and to keep her swaddled as much as possible. He also sent a referral to therapy for evaluation.

A month later Brynley was diagnosed with torticollis and started PT and OT. Several months into therapy she seemed to be holding her head up straight and doing better so we stopped therapy.

I started noticing around 5 months she didn’t act herself. Something just seemed off. She was more fussy and she kept getting ulcers under her tongue. During this time they started her on reflux medication. Around 5.5-6 months I felt she wasn’t sitting up as good as she should be. She had no body awareness and would just fall over and didn’t try to catch herself. I had her pediatrician refer her back to therapy. In the meantime, we found out my dad’s cancer was back. Within a week, he was sent home with hospice and passed away. While dealing with the loss of him, I was trying my hardest to navigate this new life of having a child with some delays. After being reevaluated by PT and OT, OT thought there was something definitely going on. She had regressed since last seeing them. I received a call from her pediatrician after the weekend and was told he wanted to see Brynley that day. We took her in and he told us what the OT told him. He felt it was best if we went ahead and got an MRI of her brain to see if it showed anything.

July 10th 2017 she had an MRI done. A few days later we found out she had bilateral Polymicrogyria in the frontal lobe of her brain. The neurologist who spoke to her pediatrician was positive about it and said, in his career with where her PMG was, with lots of therapy she should be caught up by 18 months. Her pediatrician also told us to make sure we kept a close eye on her as she was high risk for developing epilepsy at some point in her life because of the PMG diagnosis. He said any abnormal eye movements, repetitive movements, etc., call him.

August 16th 2017 she was admitted to the hospital for possible seizure activity. August 17th 2017 she was officially diagnosed with a rare form of epilepsy in infants called Infantile Spasms. This is why she was regressing. Along with IS, she had hypsarrhythmia (chaotic brain pattern that can go along with IS). Infantile Spasms involve the entire brain vs just parts of the brain. We were able to stop the spasms and hypsarrhythmia with high doses of prednisone, but once she weaned off the prednisone her spasms came back and the hypsarrhythmia was considered modified hypsarrhythmia. We started her on a new medication which controlled her spasms, but not her hypsarrhythmia. Her neurologist decided to add another round of high dose prednisone to get rid of the hypsarrhythmia. Which it did. She weaned the prednisone within a month and she started weaning the other seizure medication after being on it 6 months. Once weaning the last medication, she was spasm/seizure free around 3 months. Her spasms/seizures came back and have been present since then. She has epileptic spasms daily and has since developed other types of epilepsy. She is on multiple anti seizure medications and recently weaned off the ketogenic diet. She is nonverbal and she isn’t mobile. She was diagnosed with cerebral palsy at 3, and she has mild CVI (cortical visual impairment). She had a g tube placed 2 summers ago and is completely g tube fed now.

Brynley will be 6 December 22nd and has been the best thing to ever happen to us. She has taught me so much in 6 years. She’s definitely taught me how to be a better person and she has opened my eyes to a whole new world. Although she is nonverbal, she expresses herself in many other ways and is very opinionated. I truly feel she was sent to us from the angels above.