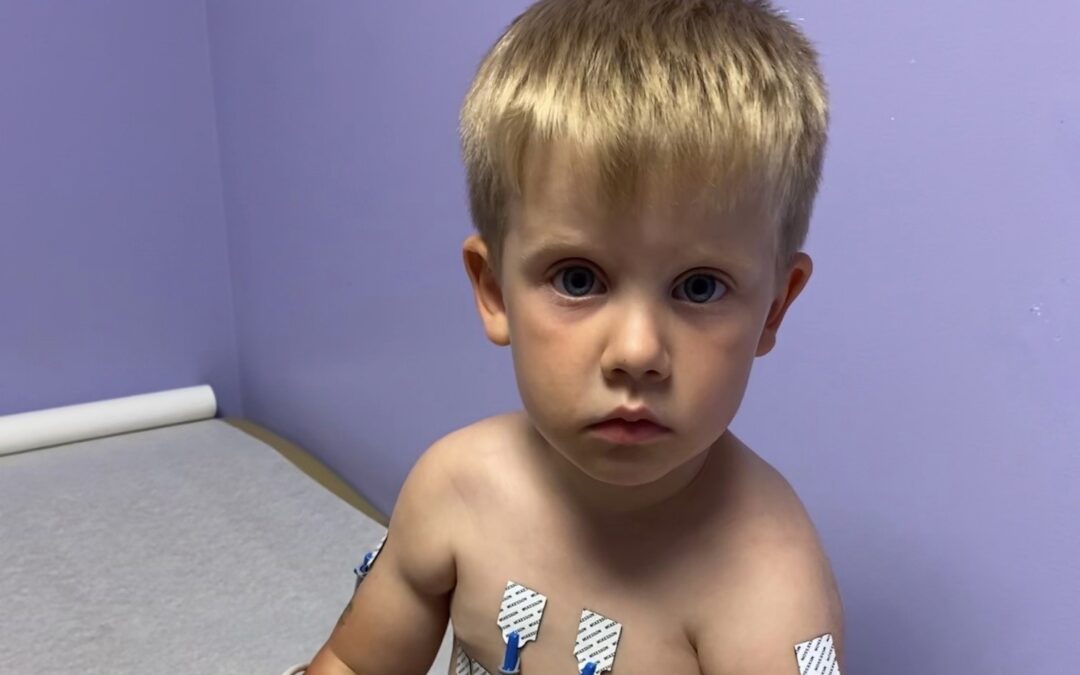 Meet the McGrath Family and their son Banks.

We found out in January of 2019 that we were pregnant with a little boy right before Eliza turned one in February. We were thrilled to have one of each and complete our family of four. We went to Banks’ 20-week anatomy scan in February and as our precious ultra sound tech was counting fingers and toes, she told us that she needed him to move his left hand to get a better picture, but he wasn’t moving it very much. She sent us to Maternal Fetal Medicine where we found out Banks had a limb difference called Radial Aplasia and what looked to be a hole in his heart. We were scared and unsure of what this meant for his future. Would he be able to play sports, hold hands, hold a pencil? We’d never heard of Radial Aplasia before so I went on a deep dive to find out what this meant for our child and his future. We found out that RA essentially means “absent radius” and that when your arms don’t fully develop, your heart can often be affected. The radius in his left hand never grew and the doctors told us it was unlikely he had a left thumb. I typed in “Radial Aplasia” on Facebook and a small, private group popped up. I met so many families who chose to have surgeries, chose not to have surgeries, and many adults who told me about their experiences living with RA. We ultimately found out that one surgeon in West Palm Beach, FL created a surgery called an Ulnarization to help straighten the arm without regression. When Banks was born in July of 2019 (with a webbed left thumb!), we began our splinting and occupational therapy journey with the wonderful team at Shriner’s Hospital. We also found out that both arms were affected and he also had slight RA in his right arm therefore his thumb grew in the wrong place. We visited Dr. Paley in WPB when Banks was five months old and created a plan to help him have better functionality of his hands and arms. We also had genetic testing done and found out that Banks has Holt-Oram Syndrome which is a hand-heart disease, but after many trips to the pediatric cardiologist found that his heart was performing beautifully. He did not, in fact, have a hole in his heart. Fast forward to January 2021 in a world of COVID where only one parent could be with Banks, we spent our January in WPB for the Ulnarization surgery and rehab. Although we were so grateful to know he was born with all ten fingers, we found that his webbed thumb didn’t develop all of the muscles and ligaments to act alone. So, he then had a Pollicization in April 2021 which means the doctors separated his thumb and index finger and moved his index finger down to create a more useable thumb. He now has nine precious fingers that we are strengthening every day. After many months of rehab with our Shriner’s family, we had our (hopefully) final surgery to move his right thumb to the correct place in December 2021. He’s now hanging from monkey bars, learning to cut with scissors, riding a bicycle, throwing and catching baseballs—all of the normal two-year-old things. We visited the cardiologist on Monday for an EKG—and will every year—to follow his heart health, and we were cleared again with a happy heart. Because his bones did not fully develop, Banks will have an opportunity to lengthen his left arm at eight and again at thirteen if he wants to, but we will leave that up to him. Until then, he will carry on like the wild, two-year-old boy that he is, and we will continue holding those precious hands.